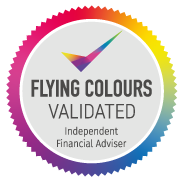 Our advisers are recruited and carefully selected by our highly experienced management team.

We complete thorough due diligence on the advisers to ensure that we only work with the best advisers and to ensure they will act professionally in accordance with our exacting standards; all are fully qualified (level 4 diploma) and a number hold the highest standard of qualification, which is chartered.

Initially I had some funds that needed to be invested and I needed advice on my pension provision and then more recently on what to do with policies that were maturing. Don't think he could have done anything better. Arthur advised on all these areas and I was very satisfied that he understood the needs and gave good advice on the steps to take. I am very happy with the advice given.

My mother died and I inherited a substantial number of shares that I had no idea what to do with. Arthur came to our house. He took time to explain everything with care, not least the advantages of spreading investments across a range of companies. He went through all our papers. He helped consolidate our existing (modest) savings, sitting mainly in bank accounts. He outlined various possibilities - for example did I want high risk, medium risk or low risk investments. Did I want ethical investments. I would never have been able to manage my investments in this way. I did not feel pressured in any way. It is a great relief to me to know that competent people are looking after my portfolio.

My husband and I used him for our savings and when I was widowed he helped to organise how the money was invested, both for myself and a child.. When I remarried he helped again to review and advise. Although I have moved he continues to advise and takes a trip out to visit us to continue advising. I don't think with the current market. I could have done any better.

Get to know Arthur Childs

Arthur is a Chartered and Certified Financial Planner and holds Fellowships of the Chartered Insurance Institute and the Personal Finance Society. He is also a Chartered member of the Institute for Securities & Investment and previously a Fellow of the Pensions Management Institute. Arthur is a director of Flying Colours Surrey and now heads up the Flying Colours Academy, training tomorrows financial advisers. He is always ready to meet new potential clients to introduce them to the benefits of Flying Colours. Arthur has been a member of Millmead Baptist Church, a large Christian community based in Guildford, for 25 years and is actively involved with the NewFocus group which particularly seeks to meet the needs of retired and semi-retired people.