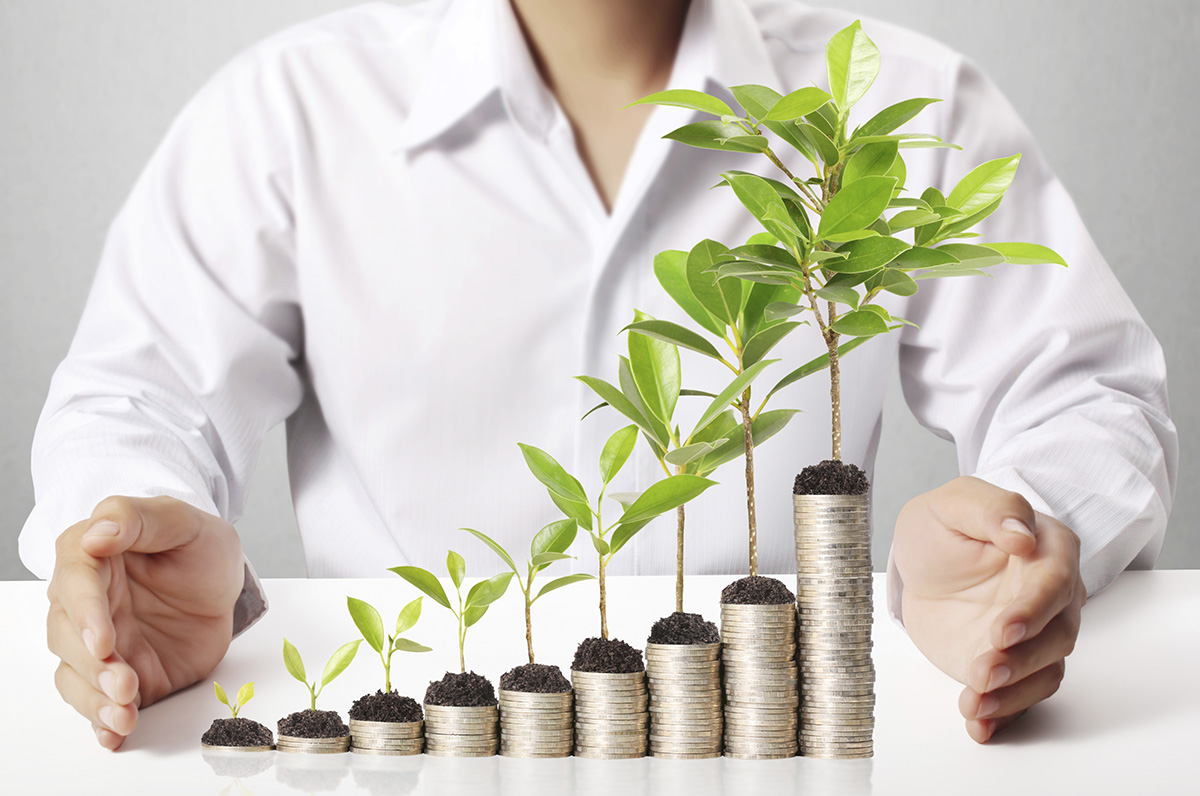 American rapper 50 Cent hit the headlines in July 2015 after filing for bankruptcy. This was all a bit ironic from someone made famous from an album, titled: 'Get Rich or Die Tryin'.

Maybe if 50 Cent had learned about the miracle of compound growth he could have avoided the bankruptcy courts. Because compounding is the key to growing your wealth, and investing even modest amounts can generate large sums, provided investments are given time to grow.

Albert Einstein knew it. He called compounding "the greatest mathematical discovery of all time". Or to put it another way, compounding is the best way to 'get rich, without even really tryin'.

You don't have to be a maths genius to understand how compound growth works in your favour. When you make an investment, the aim is to achieve a rate of growth on the amount you've invested. So, if you invest £1000 and it grows by 10% over a year, your investment will be worth £1100. You've made £100. But what if you leave that money untouched for another year, and it grows at the same 10% rate? Well, this time your investment will be worth £1,210. An additional £110 on top of the £100 growth in year one. If this rate of annual growth continues, the following year it'll be worth £1,331, and so on and so on.

This may not sound too miraculous in the short-term, but don't be fooled. When it comes to investing, small increases over time can have a big impact over the longer term.

Let's start with a simple example. At the age of 20, an investor, let's call him Dan, makes a one-off ISA contribution of £5,000. He manages to earn an average 8% return on his investment each year. By the time Dan reaches the ripe old age of 65, his ISA will have grown to around £180,000. That's not bad growth on an investment of just £5,000. But the effect of compounding becomes even more miraculous if you're able to invest regularly. Adopting the habit of 'little and often' can do wonders for your financial wellbeing. So what would have happened to Dan's ISA if he'd been able to invest £5,000 every year for 45 years? Well, provided it continued to grow by 8% each year, and as long as Dan left his investment well alone, his ISA would have been worth £2 million by the time he reached 65. Again, the amount invested is just a fraction of the amount the investment is worth.

If you're out of the market, then you're losing money

You could be forgiven for looking at the financial pages or recent market falls and thinking that now isn't a great time to invest. Or perhaps you think you'll start investing in six months' time, or maybe next year. It's human nature to put big decisions off. But this could be a huge mistake. In fact, the costs of delaying the decision to invest can be enormous.

In fact, delaying his investment by one year, would mean Dan missing out on almost £14,000. The price you pay is that you miss out on the last year's investment value, not the first year. And assuming that Dan makes regular annual £5,000 contributions, the bad news gets even worse. A one year delay would result in Dan missing out on more than £150,000. There's another way to look at compounding. If you're starting later in life - we're not all as young as Dan - we'll have to start investing larger amounts to get the same results.

If Dan waited until he was 30 to start investing, he'd have to increase his annual ISA contributions to closer to £10,000 to get to his £2 million goal. If he waited till he was 40, he'd have to be investing nearly £55,000 a year, which is well outside the annual ISA allowance. So, the secret is to start as soon as possible, and let your money do the hard work for you.

Be patient. **All of the examples we've discussed here only work if the investments are left to grow untouched. The results will seem slow at first, but perseverance is really key. **Compounding is like building a snowball of money. At first it seems too small to notice, but if you can manage to be patient, your investment will one day be something to be proud of.