The first quarter of 2018 was challenging, with equities and fixed income both enduring a difficult period. Under the influence of widespread headwinds, there were few areas of the market that protected investors capital, although traditionally defensive assets like UK gilts and cash were flat over the period.

What is interesting is that the market setback in the first quarter came at a time when the fundamentals remained intact. Corporate earnings continue to rise across developed and emerging markets, and default rates remain low.

It was government policy and geopolitics that dominated investor sentiment, not least Donald Trump's threat of a trade war beginning to materialise. This impacted export-oriented markets alongside the U.S., with multinational corporations in Germany, Japan, and the U.K. selling off on the back of this news.

Even at a sector level, there has been little respite, with deteriorating performance across the board. Interestingly, emerging markets were among the most resilient, presumably due to a combination of cheaper valuations and a market composition that is increasingly focused on domestic growth.

Elsewhere, a combination of rising interest rates and widening credit spreads (especially in the U.S.) led to losses for most bond markets, but higher yields also mean higher prospective returns in the future. The strength of sterling was also a key driver of returns for our portfolios and was a negative for overseas assets. 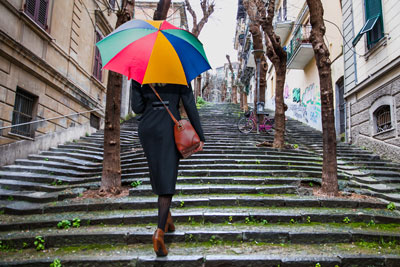